I was going to slap some sunglasses on, snap a few...and then talk about that "My future's so bright...I gotta wear shades" song. But that idea, while holding some merit in my head, was pretty stupid.  That being said, someone here probably used that idea and now I just stuck my foot in my mouth...and I'm not that nimble anymore, so you damn well better be impressed.


I also don't take photos of my kids and put them on the Internet, so the future as being my kids...was right out.


But first, let's get to Ziva's "30 Days of Photographs II" non-contest and all the other people who have been devoted or crazy enough to go thru this process every day. A sense of photographical (is that a word) accomplishment has been made by these fine, alibeit insane, people: 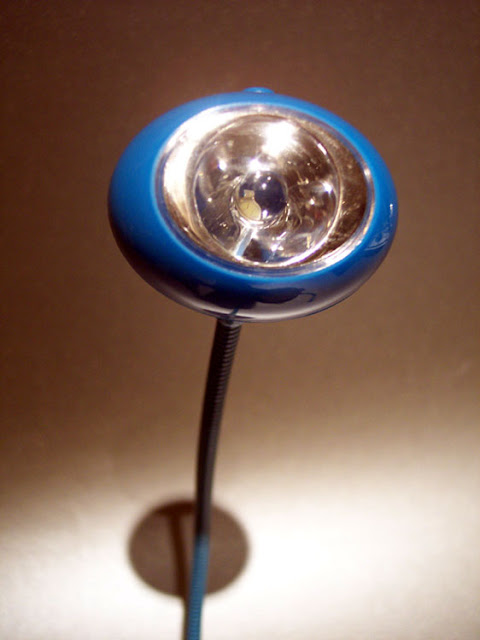 Now, the only other thing I thought about were those 1950s sci-fi films...and this flashlight-like thingy that I bought a couple years ago. Each time I look at it, it reminds me of "The War of the Words" (the original version -- don't even make go there...there is no remake...there's only the one). Specifically speaking, it reminds me of the all-seeing scary "eye on a stalk" alien drone which was in the movie. So, I did my best to set it up all nicely and took a few photos, hoping one would convey a nostalgic futuristic slant on things.

So, there you have it...my retro-futuristic flashlight. I think even HG Wells himself might like it -- especially if it were dark.