("What the heck are you talking about, Mariann?"  Go here and find out:  "30 Days of Photographs II"

I don't have a bunch of photos of different things all over the place as, if you were following along, all my photos were done while I was Ambien'd out...or my post was.  Most times, both.  As such, I don't have beautiful striking vistas and gorgeous architecture from area buildings.  The closest I got to that was when I ventured out with my son and took a photo of the "Bibb-Graves Bridge" in Wetumpka, Alabama, which was used on the set of the film "Big Fish".

So, these are going to be relatively boring.

﻿﻿﻿﻿﻿﻿﻿I believe this one was originally done up as "Silence". I was trying to convey covering up the keys would render the piano silent. Yeah...it was stupid. But going thru them again I realized my cat was in the photo if you look at the reflection of the white object where the "Yamaha" logo is. I then realized I could have used it for "Mirror" - but I actually like my "Mirror" one...plus look at all the crap on the floor and all the cat fur all over the felt key cover thingy. Yeah...major Photoshopping there which cannot be done well on Ambien.


What can I say in my defense?  I like Martinis.  I was making a Pomtini one nite, days before "Nude" and I thought, "Hmmmm...'Sugar in the Raw'...raw...nude?  Yep...let's get this shot before I forget".  Then I remembered my "banned bottle of wine" and scrapped the whole "naked sugar" idea.  Plus, no matter how I arranged those items in the photo - it never looked unstaged.  Badly staged.  Very badly staged. 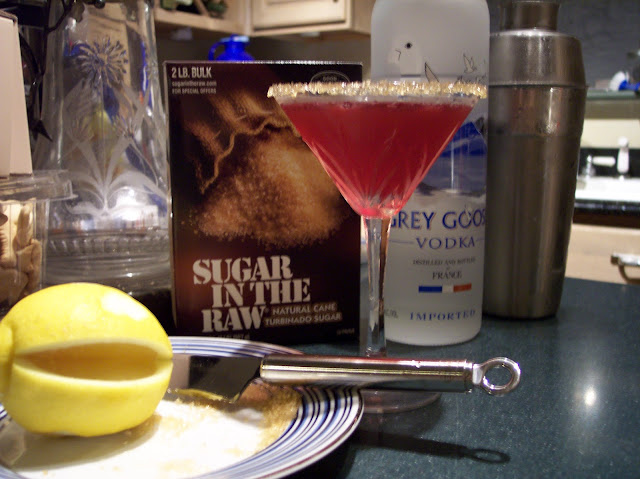 I forgot which theme this was for - I think it was for "Tragedy" - but it didn't turn out with the correct perspective.  What it is, is the gully next to my house which was formed when the Wetumpka meteor hit many, many, many years ago.  What we got (and I made my son take the photo as I don't like heights at all, plus it makes you get vertigo if you look down - it's really, really, really deep) was a crappy photo of kudzu with no real depth showing up.  Perhaps if there would have been a beaver in the bottom - it would have shown up better.

"Wheels" was the theme and this was the discarded photo.  Yeah...it's ugly.  The bricks are ugly...the desired pretty was lost when I took this photo as it was totally ugly.

﻿﻿"Wheels" again.  I redesigned the set-up as I really wanted that Lotus (third one back - center - totally obscured) in the foreground.  The bad thing is, the two really old vehicles (first two - center) here look much better in this photo than they did in the other photo...so, now you can see more detail on those two.  I am now happy.  :)

"Eeek eek eek!"  Can't you just hear the "Psycho" theme song when you see this photo?  No?  Neither could I.  (Psycho wallpaper job, maybe.) So, I scrapped that idea for "Fear" and replaced it with the "looking for the bogeyman beneath the bed" one instead.

I REALLY like this "Wood" one.  But it was just too up close and you didn't get the size of the wood and it was also too much detail for just "Wood" if you ask me...so I opted for the panned back one.  Glad I got to show you how pretty the curly bits were.

This one was for "Portrait" I think.  It might have been for "Fear"...or maybe it was "Wood".  Either way I didn't use it.  It's a Korean cabinet in the bedroom and that "face" always reminded me of Edvard Munch's "Scream".  Had there been a "Scream" theme...this is the one I would have used.

I originally took this one morning for "Moon" -- I thought it was such a pretty sky except for the fact all those crappy lines were in the way.  I wanted to show everyone how ugly the skyline is now - but I found that "by chance 'Moon' one" instead.  I was actually thinking of putting this one up for "Lines" - but I went with the statue instead.

Last one - and not too soon, right?  This one was a photo of my creepy dolls for "Devil".  I'm not sure which photo was creepier...I think the one where they aren't meant to look creepy...as they are creepy enough on their own.  This is my lame attempt at "really dark and creepy".

So, there you have it - my outtakes that didn't make the cut for the reasons listed.

Again...I thank Ziva and Mike for inviting me to join their non-contest.  :)

﻿
(I apologize in advance if the spacing is all wonky - I am tired of redoing my blog a million times since Blogger revamped their site - and this has already given me such headaches with the photos being larger than the width of my blog...but, once the post gets old - the entire photo shows, so check back in a few days.)