Death to Punxsutawny Phil -- Too Harsh a Sentence? 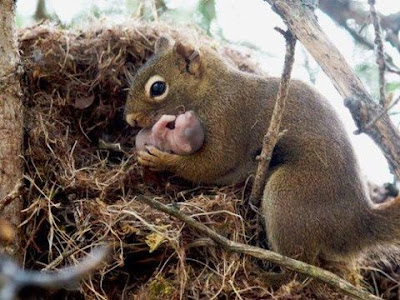 A mother squirrel in the neighbouring town of Slippery Rock, Pennsylvania, has literally had it with all the bad press lately about Punxsutawny Phil that she has vowed to eat one baby per day until the "madness has stopped".

The Slippery Rock rodent resident has lived in the shadow of Phil for too long and is tired of all the hoopla which descends upon the quiet and serene area of western Pennsylvania every year.

While the mother could not be reached for comment...she does live way up in a tree after all...we did manage to get hold of the following statement:

"Each year, without fail, right smack dab in the middle of mating season...all these news vans set up camp just to get a photo op with some lazy rodent who couldn't tell his ass from a hole in the ground" the upset mother of six (make that five) stated yesterday. "I know it's some human tradition thing that's been going on for years, but it wreaks havoc with my biological clock and a squirrel can only wait so long before she has to decide which mate to pick. Last year I picked Ralph...this year, it was Eddie. Ralph was no prize, trust me -- Eddie's even worse. All my other suitors relocated to areas further away because radio frequencies apparently inhibit squirrel sperm count. Had I known how my kids were going to turn out because of Ralph's mutated nut-juice, I would eaten them then. Now they are too big and I can't...so this year, I'm planning to eat one of Eddie's kids each day I see another news truck come barrelling through here. I figure he can't hold that against me and, since it's a noble cause for all the other wildlife around here, it's a win-win situation for all."

And I, for one, cannot agree more. Come on people...it's a rodent. A shadow-producing (or not), weather-predicting rodent in 2013? And we're going to ask for his head on a plate because he predicted wrongly? (People are actually calling for his death.)  Yeah, back before meteorology and calendars like the Farmer's Almanac...I could see people getting mad enough. But 2013?? No wonder the Aztecs were hoping we'd bite it in 2012.

(Yes, I know...literally vs figuratively...but literally still sounds better to the ear.)

Hit me with your lowest shot... 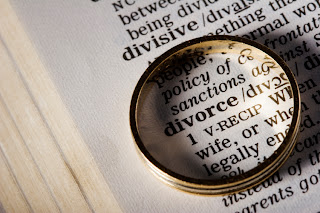 I was served divorce papers yesterday.

Is that all there is to it?

No "Hey, guess what...I'm going to file for divorce - heads up notice for ya - start saving money to find yourself a lawyer like I've been doing as I've known I was going to do this for a while..." kinda thing?

I have 30 days to totally get my act together and reply.  Well, less than 30 now.  So, in about as much time as this contest ran - is all I have.

Please go on over to "We Work for Cheese" to see the other (probably much longer) blogs than this one.  This is the last day to do it as the 28 day challenge is over!
Posted by Mariann Simms at 6:14 AM 64 comments: