It's Always About Me 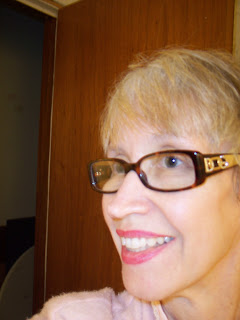 (It's me.  I picked it out myself.  My son wouldn't help me...so I picked one you see less of me as I thought "less was more".  Yes, it's in the bathroom...would you expect anything less from any photo anyone posts of themselves on the Internet?)

Because my list of personal stuff went off so splendiferously the other day (yeah, I'm being sarcastic)...almost as well as the one I did yesterday about my conspiracy dealing with the profiteering of drug companies...I am going to do something completely different.  I made a challenge...for those willing to try it.

I am going to state 12 statements below. Six will be facts and six will be fiction. They are going to be about me. Not that any of you really know me...just thought it might be fun for some of you who think you have a keen sense or sixth sense about strangers (you know...those of you who swear you can spot a liar from a mile away) to give it a try.

At the end of the day, say midnite-ish my time (I'm on US Central Time) - I will reveal the answers.

1. Jon Bon Jovi once asked me out.

2. I have a recurring dream where I'm trying desperately to rescue a box of puppies from out of a burning airplane.

3. My favourite song is "The Long and Winding Road" by The Beatles.

4. When interviewed by CNN Live, I told them my favourite author was Ray Bradbury.

5. My mother once lived in the same building as Audrey Hepburn.

6. I've never seen an episode of "The Simpsons".

7. Back when I was in around eighth grade, my friend and I invented our own language we named "Makoonish".

8. I was once carried around through a mall by a guy who played rugby I had just met the day before; we also donned pretty good fake English accents and had everyone laughing and thinking it was extremely awesome.

9. My favourite vodka is Ketel One.

10. When I was young, my friend and I were fishing at the lake at the end of our road and a baby alligator appeared out of nowhere and started chasing after us.

11. Once, when I was much younger (and hot), I played "Strip Poker" with my girlfriend and the four pilots she was renting a beach house with...and I ended up losing. Completely losing, if you know what I mean.

So there you have it - pick which ones are true...and I'll let you know later and we'll see who was closest.  Actual friends of mine who know some of this stuff should refrain from playing...hell, they refrain from reading it...so they probably will.

Please go over to "We Work for Cheese" to see all the participants who used today's prompt of "Fact or Fiction" in their much better blogs.

Labels: It's always about me, Me