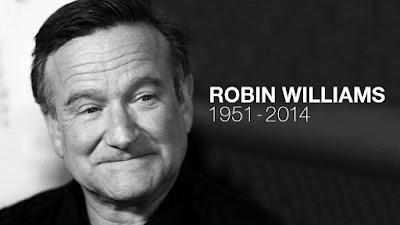 One year ago I was sitting on my butt on an ugly sofa in a pretty nice apartment feeling sorry for myself. If you don't know the story -- here it is in a nutshell: A tree fell on my house a little over a year ago - the end of June in 2014. It barely missed my son as he sat in front of his computer in his bedroom. You really don't want to have a tree fall on your house -- the impact is something you will never forget and the fright which I felt -- not knowing where to go or what to do...well, is something I would not want to have anyone feel. The sofa and apartment, all all other amenities save for clothing and personal belongings was provided to my son, my daughter, and myself through my insurance company. They let you "have" stuff until you move back into your house. In my case it took nearly a year -- a divorce and a re-divorce (yes, there is such a thing), no job, no parents (or relatives to speak of other than my children), a contractor issue, and kitties in a boarding place...really gets old after awhile and gets to be quite depressing. Really depressing.

I remember the first time I saw Robin -- it was on some "Evening at the Improv" or some such show which aired really late on television on the weekend. You know the kind -- they had about five comics coming on, each doing their bit -- and, if you're lucky, you laugh. Comedians were a mainstay on "The Carson Show" and "Letterman" back in the day, and, back in the day, they had three channels and you waited all weekend for things like cartoons and comedy shows. They didn't have cable - they didn't have cussing -- and they didn't have overly sensitive politically correct comedians coming on and trying in vain to entertain you.

Anyway, this was a hair's breadth away from seeing Robin (and, yes, who wasn't on a first-name basis with the man) make his "Happy Days" debut and then get catapulted into TV sitcom fame with "Mork and Mindy". A couple people came on beforehand and then Robin hit the stage...and he hit it like a bolt of lightning.

Out of the blue this guy came on and television was never the same.

Now there were stand-up comedians before and after...but not with the (again with the) lightning wit of Robin (in my opinion). Whenever Robin was on a talk show, you knew you were in for a treat. Some people seemed to never "get" him and others just couldn't get enough OF him. I fell into the latter category.

So, naturally, when the news broke...I broke down into tears. I'm in tears typing this. What a sad, sad day in history...but...let's put aside the sadness and also the rules of this group...and please share some of your fondest memories of the wonderful, irreplaceable Robin Williams, below.


(The spacing is odd again...I wanted it to use the justified way, but, it reverted back to this and I can't change it up again.  One day I will go on over to Wordpress.  Does anyone know Wordpress well enough to talk me through a set-up?")
Posted by Mariann Simms at 8:59 PM